When a Loved One Dies 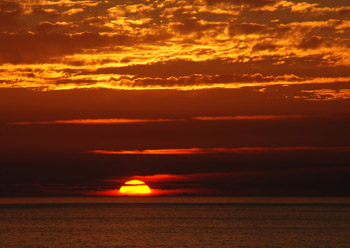 It is often during the elementary years that a child first experiences the death of a loved one – frequently a grandparent or great-grandparent, but sometimes and aunt, uncle, parent or sibling. These times can be very difficult and confusing for us as adults caring for elementary children. Younger children also suffer loss, but they may have an easier time accepting that this is just the way things are. It may be only much later that they revisit and truly comprehend the loss through a process of reflection.

As someone fully engaged with the great work of understanding how the world works, the elementary child is keenly interested in all aspects of death: how it happens, why it happens, what happens after death, in what way the family will commemorate the death, how the various family members will be affected, and much more. The reasoning mind of the second plane wants to understand all this, even as the child may be also suffering emotionally. For the grieving adult, the barrage of questions may be hard to take, and it may even seem that the child cares more about the factual details than about honoring the deceased or appreciating the emotional stress of the adults.

Maria Montessori wrote of a Montessori school in which first and second plane children were together in the same classroom. (She and her collaborators tried many different arrangements before settling on the one that is now our standard practice.) One morning the children arrived at school to find that all the fish in the classroom’s aquarium had mysteriously died. All the children were interested in what had happened, but the younger children would run to tell each new child that arrived at school, “The fish have died!” and then return to their work. The second plane children stood around in hushed groups asking each other, “What happened? Why did the fish die?” and debating the possible causes.

The point is that for the second plane child, understanding how to think about the death is an important part of beginning the emotional process of acceptance, grief and recovery.

Montessori teachers lay a foundation in the classroom for the second plane children’s conversations about death with each other and their parents. In the children’s study of living things, death is presented as a natural process, an inevitable part of each individual organism’s life, without which the larger world of life could not go on. The children become aware of lifecycles appropriate to each kind of living thing. Dead insects and small animals found on the school grounds are marked off and left to return to nature, so that the children can both show respect for and observe nature’s ways. Religious beliefs and customs around the world are a part of the children’s study of society, including beliefs and customs related to death.

Books read together with the child or read alone by the child and discussed with the parent can be very helpful when one is at a loss for words. Three of my favorites are Leo Buscaglia’s The Fall of Freddie the Leaf, Bryan Mellonie’s Lifetimes, and Chuck Thurman’s A Time for Remembering. The Buscaglia and Mellonie books beautifully depict the lifecycle and the great wheel of life and death. Thurman’s book is particularly suitable for discussing the death of a grandparent. In it, a boy finds a beautiful, symbolic way of remembering his grandfather.